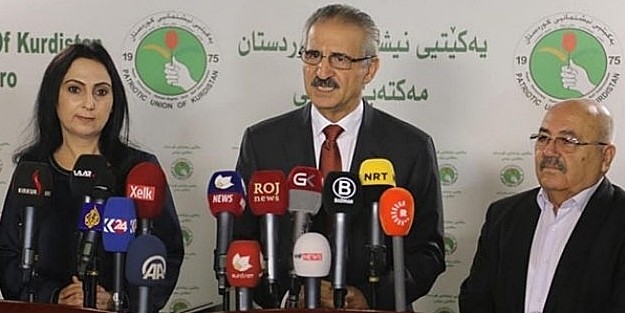 The committee met with KCK seniors on Sept. 14 on various subjects from recent developments to the upcoming elections set for Nov. 1.

The meeting came during the committee’s visits to the Iraqi cities of Sulaymaniyah and Arbil, where they held meetings with the Goran Party and the Talabani-led Union of Iraqi Kurdistan Patriots (IKYB). Their trip into Iraq followed an inspection of the southeastern town of Cizre, which saw the end of a curfew last week.

Speaking on behalf of the outlawed organization, KCK Executive Council member Murat Karasu told European private broadcaster Med Nuçe, which has purported links to the outlawed Kurdistan Workers’ Party (PKK,) that they were ready for a democratic solution with negotiations under a consolidated cease-fire agreement and mediator supervision.