MOVIE to be SHOT in 'DRACULA's CASTLE' in TURKEY

A movie is due to be shot at Tokat Castle, Turkey’s second-largest castle in the northern province of Tokat, where it is claimed that Wallachian Prince Vlad III “The Impaler” also known as Dracula, was held captive in one of the the castle’s dungeons in the early 15th century... 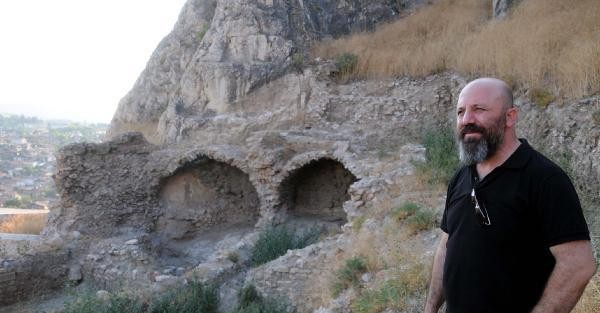 MOVIE to be SHOT in 'DRACULA's CASTLE' in TURKEY

“The historical claims that build a connection between Tokat and Count Dracula are of great importance for fueling Tokat’s touristic, cultural and artistic life” said the movie’s Turkish producer Erol Koçan.

“In this vein, we have decided to shoot the film partly in Tokat. We’ll shoot in almost all historical sites of Tokat.

It will be a comedy movie, but the main aim is to publicize Tokat and its historical and touristic richness” added Koçan, who is himself originally from Tokat.

Restoration work at the castle was started in 2009 by the Tokat Governor’s Office Provincial Culture and Tourism Directorate, in order to open the castle to tourism. Restoration was completed in 2010, and last September work began again to reinforce the defensive bastions of the castle that were used in the Seljuk and Ottoman periods.

Over the course of the restoration, archaeologists discovered a military shelter, two dungeons and a secret tunnel to the Pervane Bath in Tokat’s city center.