A tweet by a parody account of the mayor of Ankara, who is known for frequently quarreling on social media, has convinced an official to bark in response to his request – twice, on Sep. 20... 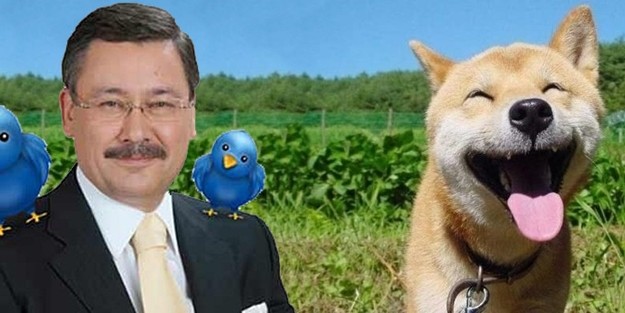 A parody account called “@06melihchina,” imitating controversial Ankara Mayor Melih Gökçek (@06melihgokcek on Twitter), addressed the general manager of Ankara Halk Ekmek, asking him to bark “if he is there.”

Ankara Halk Ekmek is a bread factory that supplies bread to a third of Ankara’s inhabitants and whose largest shareholder is Ankara Metropolitan Municipality.

The administrator of the fake account asked Gökçek’s suppliers to give a shout-out by typing “woof.”

However, as the response didn’t satisfy the parody account owner, he repeated his demand for İlkbahar to bark.

“Hello have a nice day how are you Mr Ali are you good Inshallah [God willing] Maşallah [praise be]? I asked you to write woof twice if you are there. Write woof twice @Aliilkbahar,” the next tweet read.

The banter soon became a trending topic on Twitter, making İlkbahar realize the situation. However, İlkbahar denied writing the bark response and claimed his account had been hacked.

“My Twitter account was hacked for two hours today. The tweets shared were not written by me” İlkbahar announced.

The manager also said his lawyer would be taking legal action against his ostensible hackers.