Former President of Uruguay, Jose Mujica, known with his life style sharply different from most of other world leaders, has arrived to Istanbul with his wife... 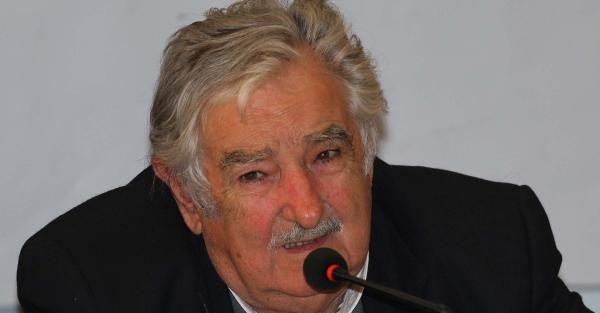 Former President of Uruguay, Jose Mujica, known with his life style sharply different from most of other world leaders, has arrived to Istanbul with his wife.

Mujica is expected to meet with the Republican People's Party's (CHP) leader Kemal Kılıçdaroğlu, along with some of the CHP municipalities in the city, within his 10-day-long visit in Turkey.

Mujica has arrived from Paris by a Turkish Airlines flight, and was welcomed at the Ataturk Airport’s VIP hall by CHP Vice Chairman Veli Ağababa and visit a number of municipalities, including Şişli and Beylikdüzü municipalities in Istanbul, Konak in İzmir and Odunpazarı in Eskişehir during his 10 day visit to the country.

Farmhouse off a dirt road rather than luxurious resident

Guardian newspaper defines Mujica as a leader “who has forsworn a state palace in favour of a farmhouse, donates the vast bulk of his salary to social projects, flies economy class and drives an old Volkswagen Beetle.”

He has been defined as the “poorest” and "palaceless" President in the world, as he has donated around 90 percent of his monthly salary, reaching 12,000 dollars, to his people.

This meant his salary has been roughly in line with the average Uruguayan income of 775 dollars a month, at the time.

Mujica has avoided a luxurious life style, having refused to reside in the presidential luxurious residents. He rather lives in a farmhouse off a dirt road where he and his wife work the land themselves.

The house and the family are protected by two police officers and Manuela, a dog with only three legs.

“If all I’m doing is working to buy things to get more If society of consumption is the energy of everything, where does this go?" he asked.

“We need to start to fight for another kind of culture. ... Seneca said that ‘a poor person is not someone who doesn’t have very much, but the person who really is poor is the person that continues to need more and more and more and desires more and more'" Mujica has said while speaking at a Rio+20 United Nations Conference, on Sustainable Development.